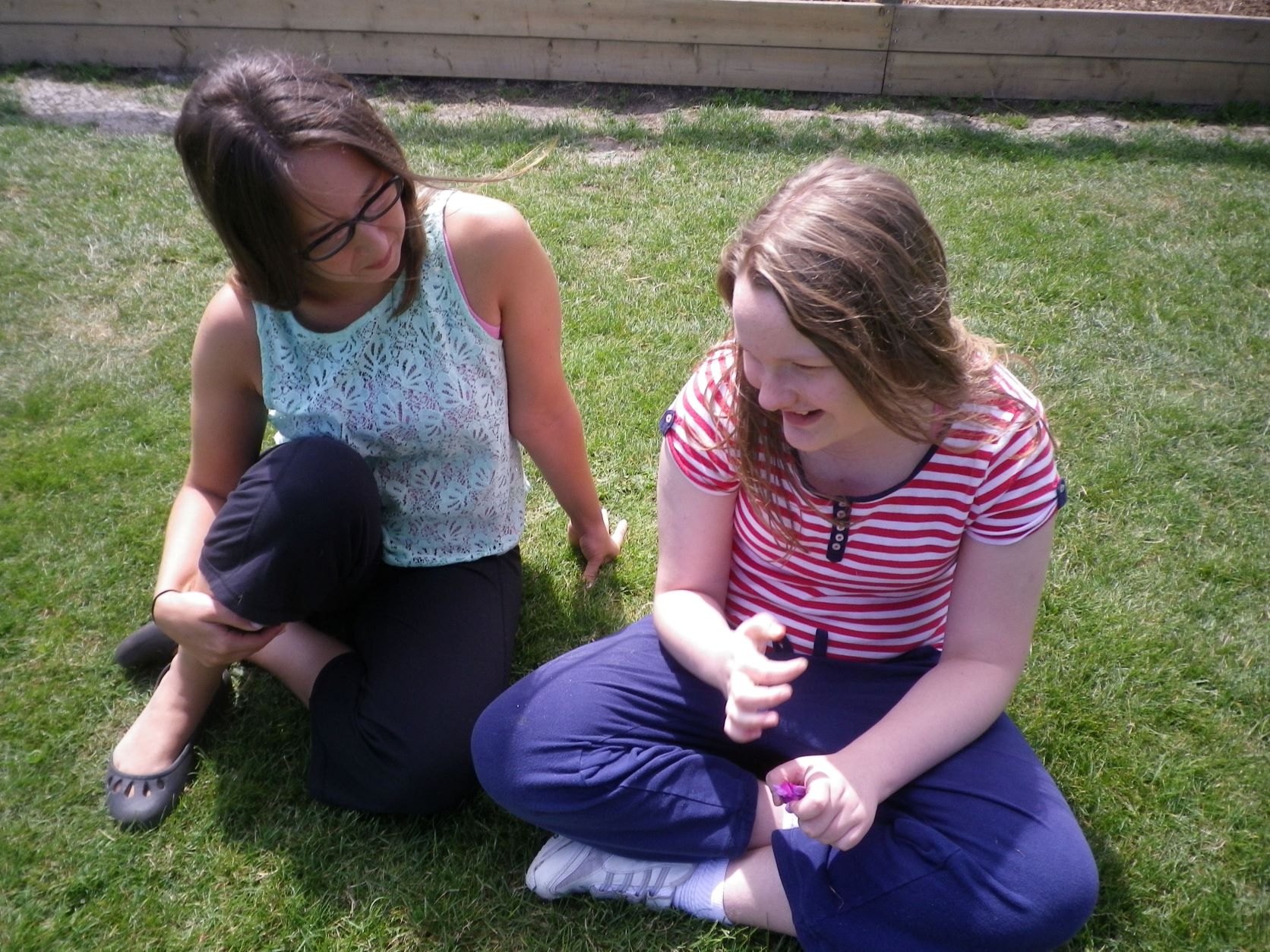 At summer day camp, she’s just one of the group, just another teen, exploring herself and discovering life’s goodness.

It was Shannon’s first day at Bethesda’s summer day camp in 2011. She was 9 years old. Saundra Roger, the camp manager, tells the story she heard from Shannon’s dad: “Shannon didn’t want to get out of the car. She was very anxious. It took almost three hours of reassuring, meeting some of the staff one by one, and finally she got out.”

Saundra has known Shannon since 2014. “When I first met Shannon at day camp, she mainly interacted with her support worker, not mixing too much with the other kids. But in the last several years, she has developed friendships and joined in with their adventures.”

It isn’t uncommon for kids with diverse abilities to find making friends difficult. At school, while they may be accepted in the class and playground, there is often a barrier to making real friends that they can’t cross easily and may find themselves alone or left behind.

At day camp, it’s all different. Each child is not only accepted for who they are, they are loved, included and no one is left behind. Their friendships at camp are long-lasting. They are excited to see each other again when they reunite at the beginning of each summer. Many of them meet up again after they transition as adults into our community inclusion services. 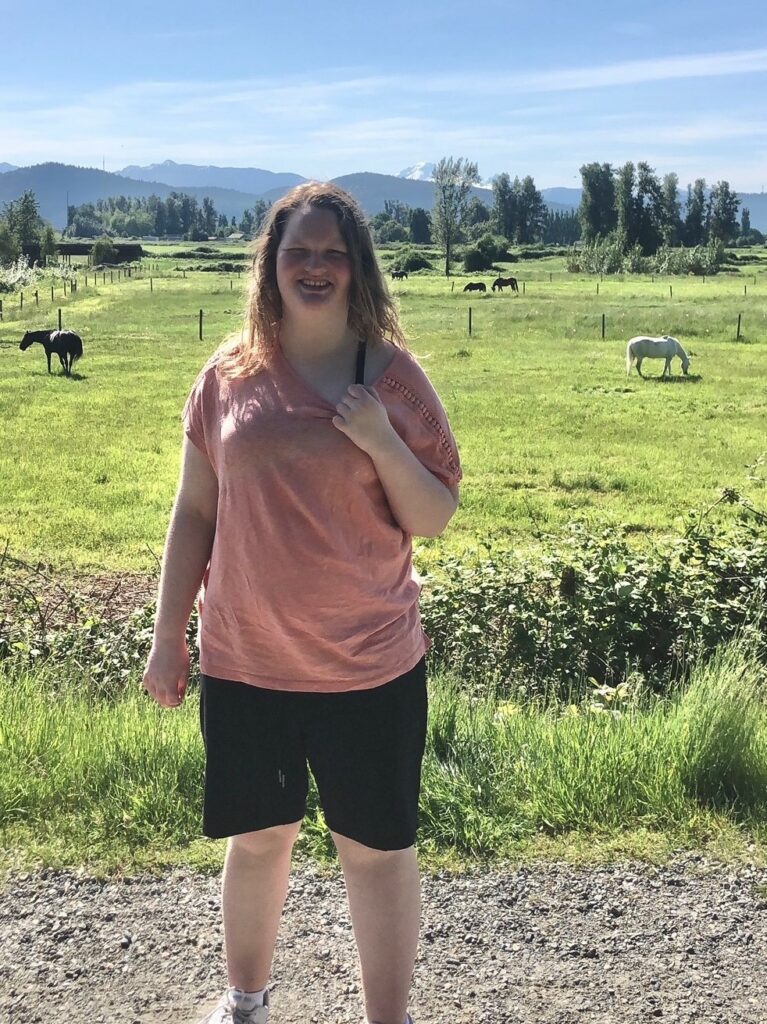 The Shannon of today bears little resemblance to her younger self. In part because of the 10 years attending day camp over two months each summer. Being accepted for who she was and encouraged to become all she could be has helped her become the vibrant and sparkly young woman she is. 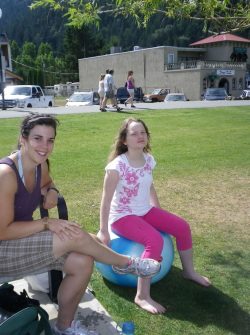 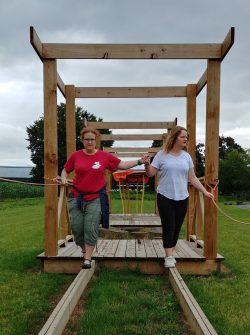 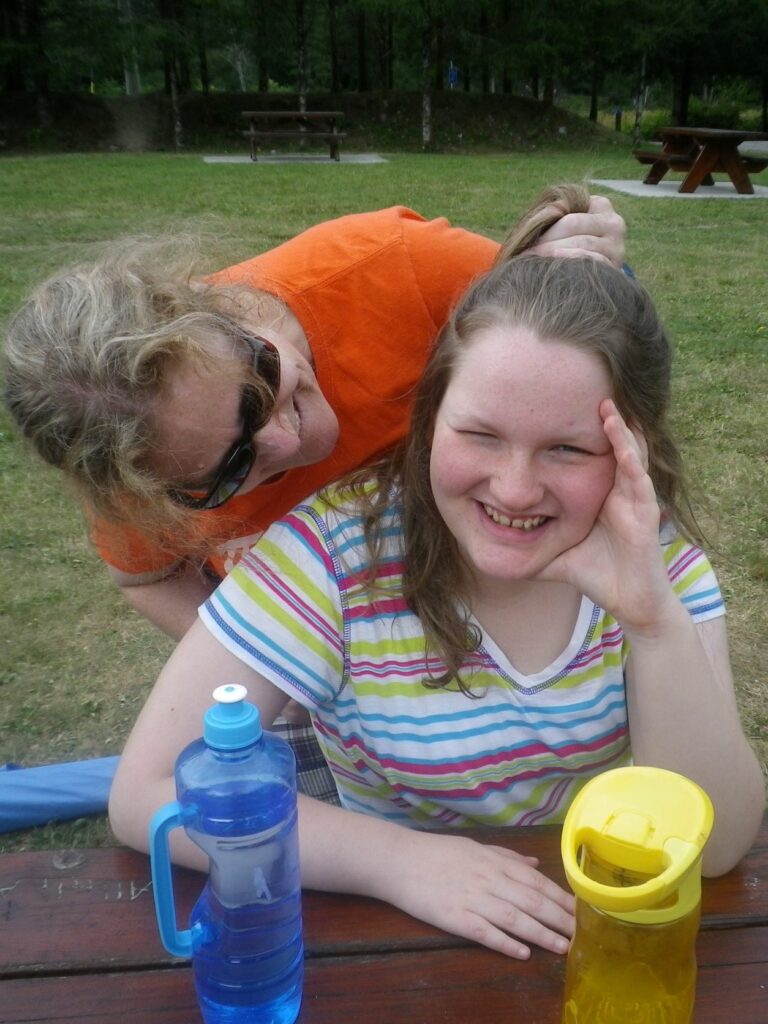 After a few summers, Shannon had gained confidence to be herself around the others at camp and that’s when we started seeing her sense of humour. Her mom, Susan, says, “She likes to makeup funny words – it’s her way of connecting with people. And if you can make up a silly word back, even better!” Saundra shared an example, “One time she and another camper were bouncing on their exercise balls and the ball the other camper was on popped and he went crashing to the floor. Shannon looked down at him and said “mercy bears” and the boy on the floor started laughing and we all burst into laughter. From that point on, “mercy bears” became the expression that summer.

The support and encouragement Shannon’s received has helped her overcome some of her barriers. Mill Lake in Abbotsford is a favorite recreational spot for day campers. But for some reason, Shannon refused to go there. She liked going for walks and being outdoors elsewhere, but not at Mill Lake. Trisha, her support worker, gently encouraged Shannon many times. So it was a big deal when her and  Trisha, walked around the lake one day. Trisha says, “I remember that spring day in 2020 when she first walked around Mill Lake, it was such a breakthrough – when she said ‘yes”! 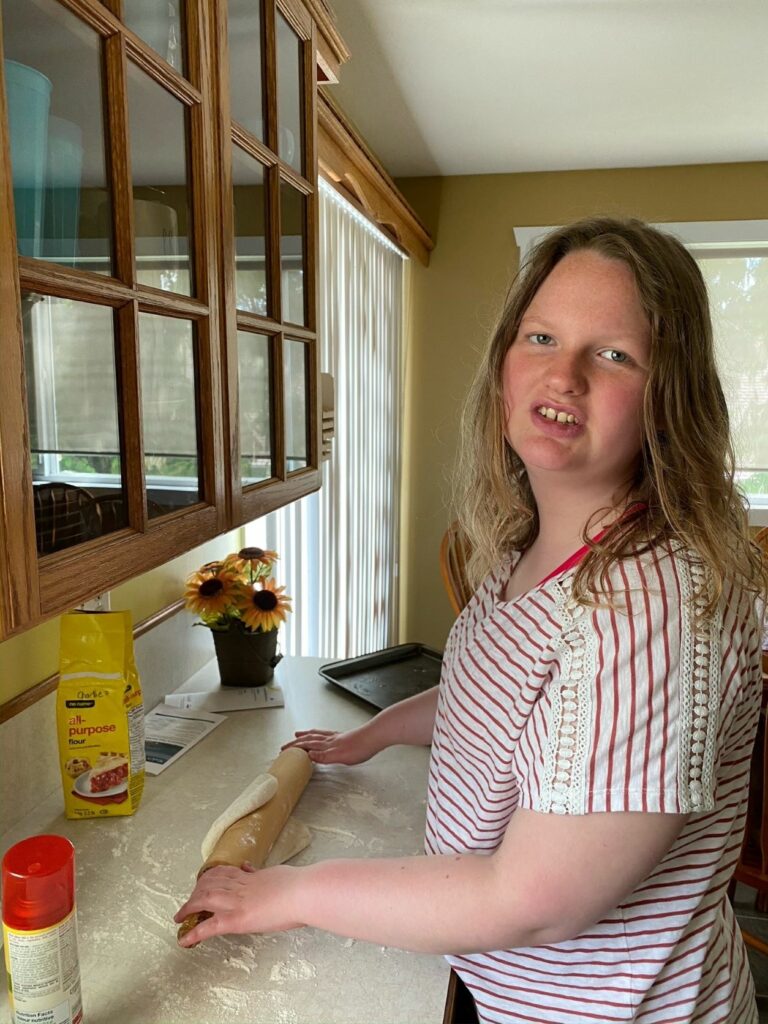 Shannon turned 19 in 2021 and technically was not eligible for the day camp. However, her transition to community inclusion had not yet started and she needed something to do over the summer. Because day camps is a donation-based service, we were able to make an exception for her. She attended summer camp this year and it was her best summer ever!

Her mom talked about the impact of camp on Shannon’s development. “Summer camp was a positive, safe and secure environment for Shannon to grow. By working together as a team and with lots of patience, Shannon grew throughout the 10 years at camp. She has become willing to try new settings and seems to be more confident to be herself around others.” Saundra agreed, “Shannon is a lovely young lady and it has been a blessing to walk alongside Shannon and support her as she has grown up.”

Last summer when she was dropped off at day camp, she barely said goodbye to her mom or dad as she jumped out of the car in the morning. She had friends to see, interesting things to do, and best of all, a place of belonging with her peers. Where she’s just one of the group, just another teen, exploring herself and discovering life’s goodness.

Shannon is an adult now and attends our CLBC-funded Bethesda Centre Community Inclusion. Starting community inclusion has been a big change for her, but the transition was made a little easier because her best friend Katie from summer camp also attends the same service. Their friendship continues.

Donate Today and Give a Child a Summer of Belonging!

Rietta’s story. When moving out becomes a crisis in a time of crisis.

Supported Independent Living: We All Need a Hand in Life